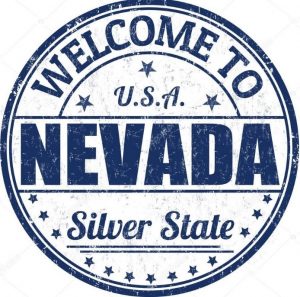 When most people think of Nevada, they instantly think of Las Vegas and the famous “strip”. While that is a crucial part of Nevada’s thriving economy, there is much more to Nevada, much more to its commercial history that has enticed many new businesses to flock to Nevada, compared to other states.

A mere thirty years ago, the Las Vegas strip was very different from how it is today. Cell phones were a rare commodity, industrial office parks were a new idea, business relied on PBX rooms for telecommunications, and we were learning that economic diversification was not only desirable, but it was proving to be necessary. At times, Nevada residents would even consider Nevada to be “recession proof”, with the abundance of wealth around every corner.

Fast forward thirty years and a lot has changed. The Las Vegas strip now includes the famous Mirage, Bellagio, and Luxor hotels and casinos. Cell phones are in abundance, and large expanses of land are dedicated to massive industrial parks. But those aren’t the only changes that Nevada has seen over the last thirty years. Many data centers and technology companies are opting to relocate to Nevada. This growth then leads us to ask, “Why are business opting to relocate to Nevada?”

Nevada offers many incentives for new businesses to incorporate in its ever-growing economy. It all started in 1987, when Governor Bryan signed legislation that sent the message to corporations: “Come to Nevada!” This new piece of legislation contained many benefits for corporations that did business in Nevada, such as protection for directors and officers from personal liability for acts committed on the corporation’s behalf. Today, probably some of the biggest incentives are the various tax breaks granted to Nevada corporations, all without the stockholders, directors, or officers being required to live or conduct meetings within Nevada state lines.

These are just a few of the many benefits that Nevada has to offer corporations who choose to set up shop in Nevada. Nevada corporations have a unique advantage to those in other states, in that Nevada is a corporation-friendly state, with various benefits and incentives that bring more and more business to Nevada, boosting the economy and benefiting everyone.